About 1000 Programme Executives of All India Radio and Doordarshan recruited by UPSC through national level selection from 1980 onwards have been denied even a single promotion in a career spanning 30 years.


They are being forced to work under contractual employees many of whom have been illegally inducted into their cadre and then  wrongly given multiple promotions .


Why has this situation arisen:


For the last eight years the Ministry and DG: AIR are refusing to implement a Court direction dated 26th March 2004 to conduct a review DPC as per rules so as to protect illegal beneficiaries.  (copy of court order enclosed ).


To delay DPC and protect ineligibles, eligibility lists  have been  prepared in  total violation of statutory rules. Ineligibles have been included while  eligible UPSC recruited programme officers  have been left out .


UPSC’s explanation on why they can’t hold review DPC


UPSC   after detailed verification of records has submitted to the Court  an affidavit by Secretary, UPSC.   (Copy of affidavit enclosed) .


Ministry and DG AIR are  unfortunately still refusing to act on findings of the Union Public Service Commission  based on their records and opinion/advice of the DOP&T .


Ministry wants to conduct review DPC with ineligible people on the list and by leaving out the eligible UPSC recruited Programmme Executives.


Ministry is trying to attribute the delay to  court cases . There is no court order preventing  holding  of review DPC.


Prayer: Request  kind personal  intervention  to  save  the National Public Broadcaster –All India Radio and Doordarshan and  its professional and qualified programme officers selected by UPSC.
Posted by AUPO at 9:52 PM No comments: 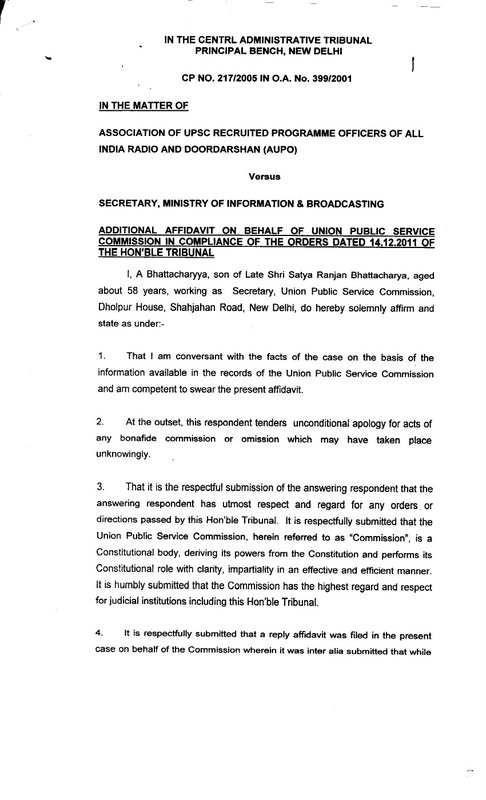 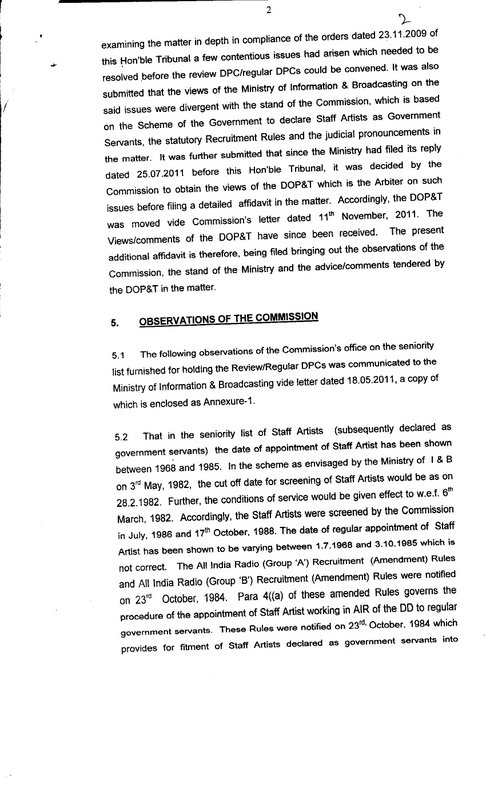 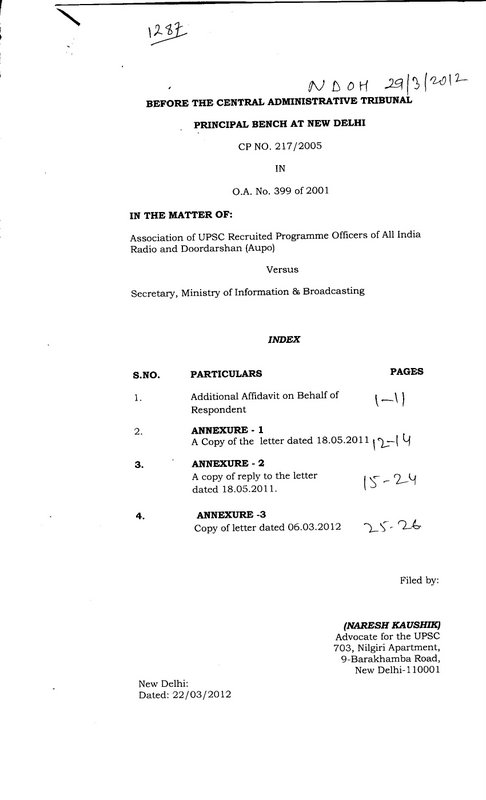 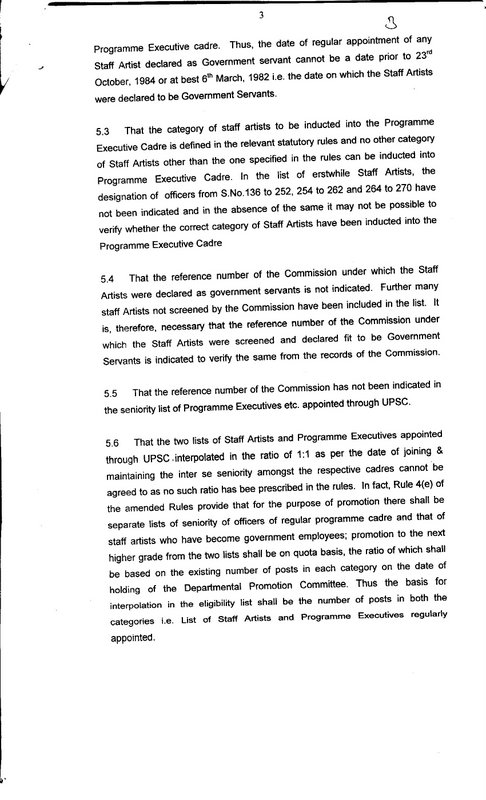 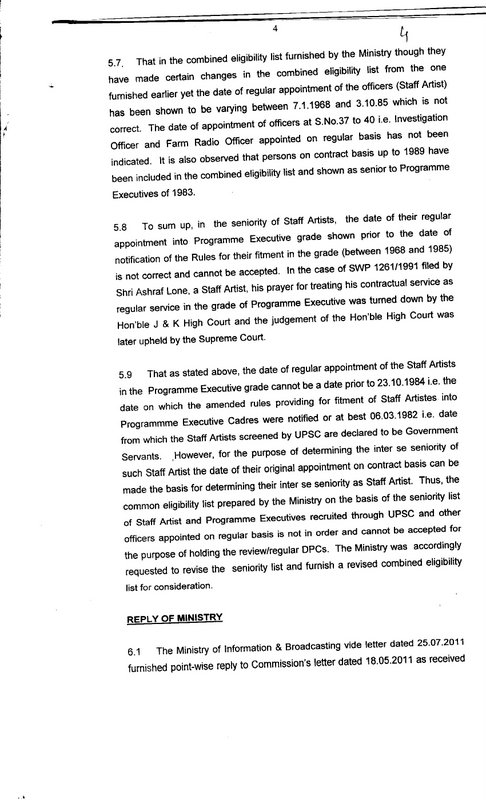 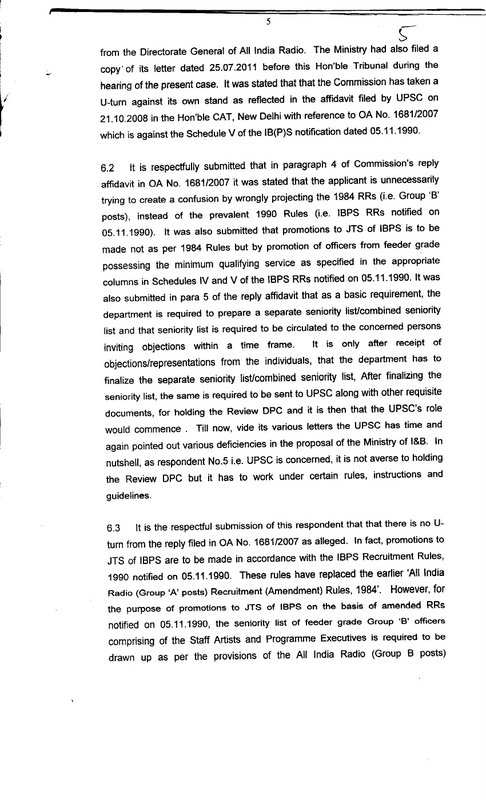 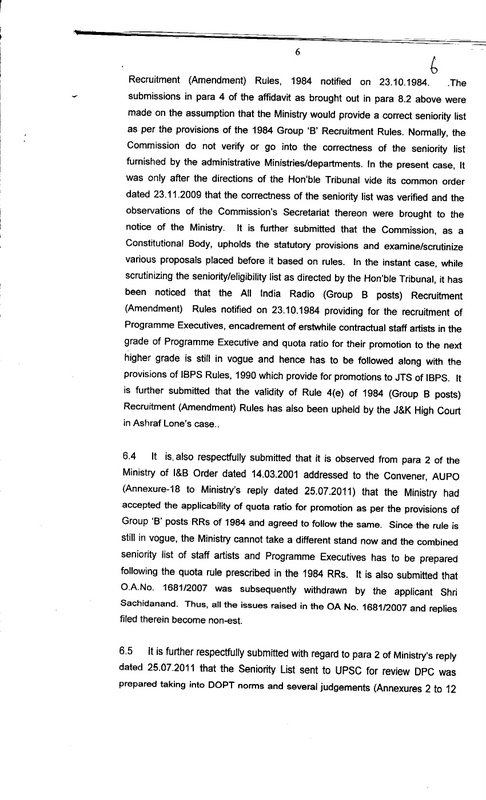 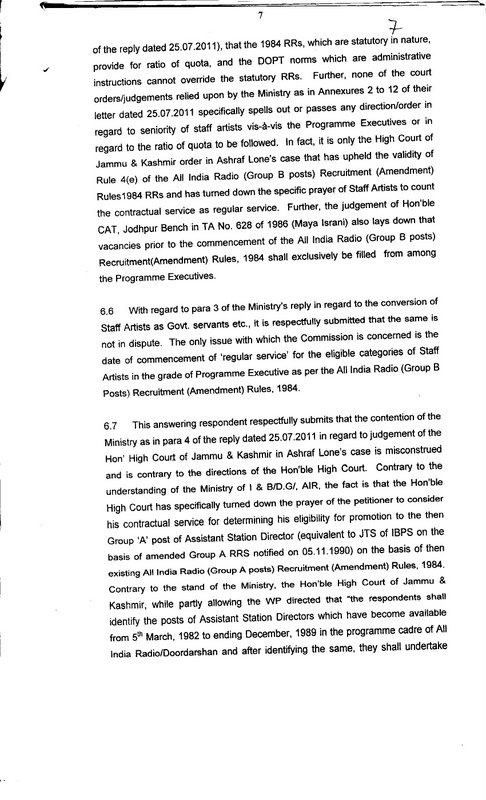 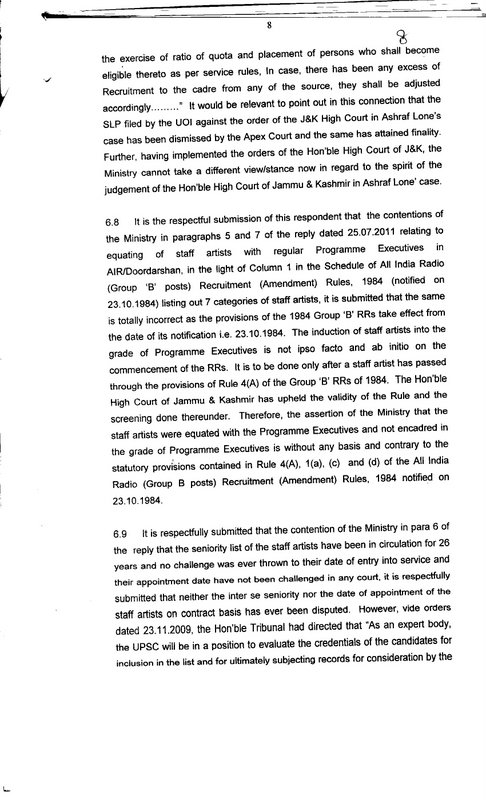 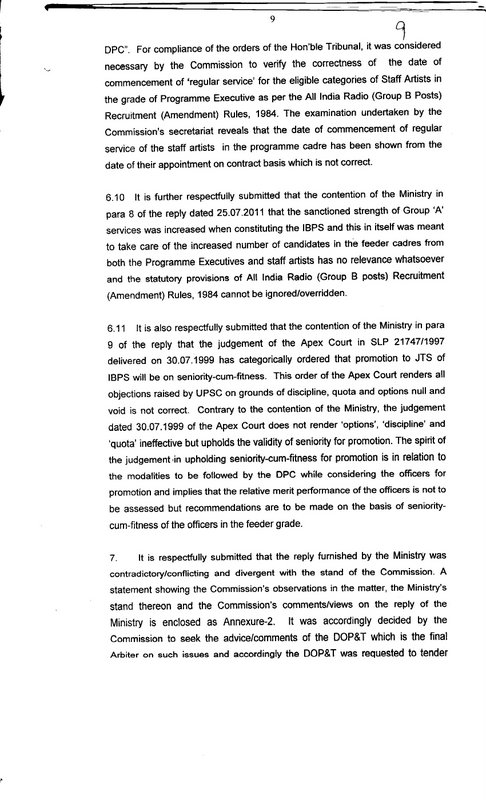 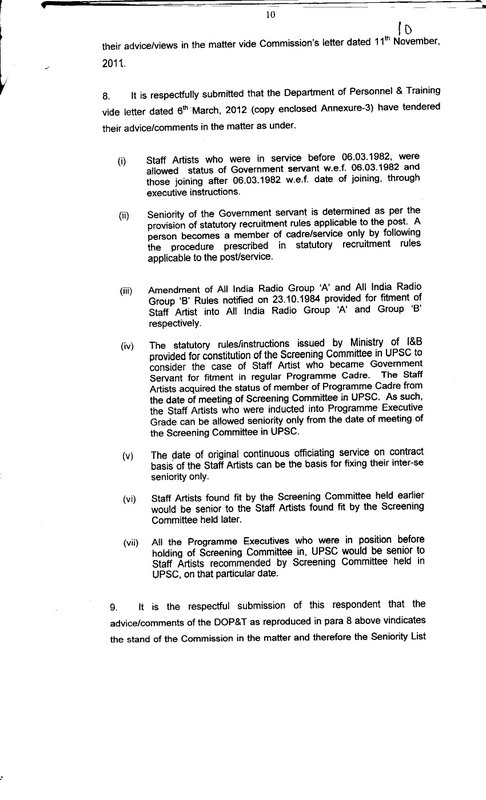 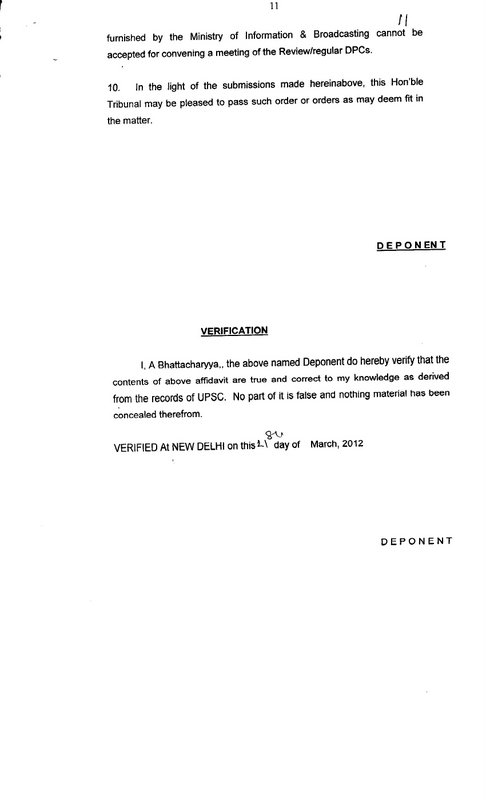 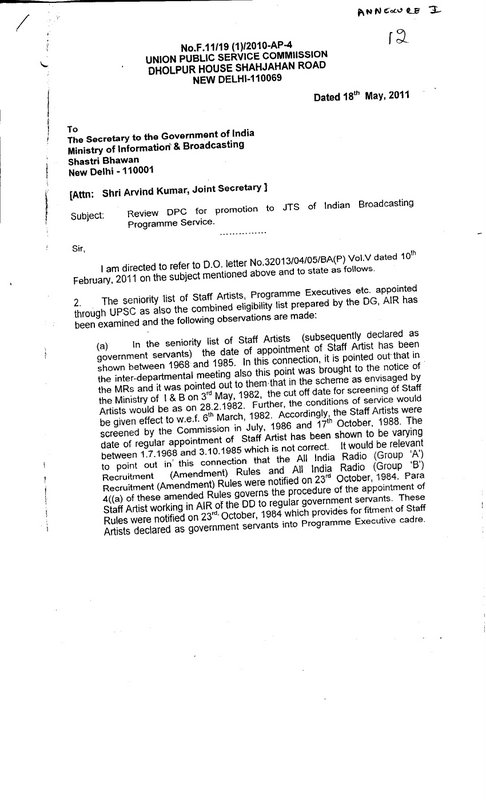 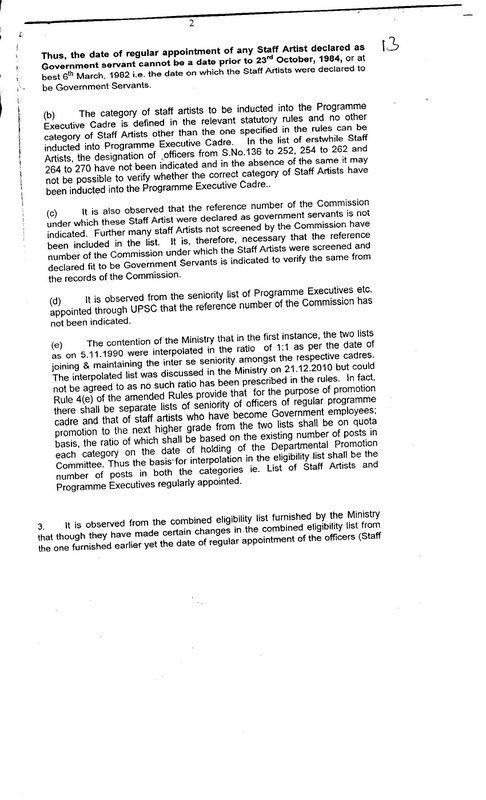 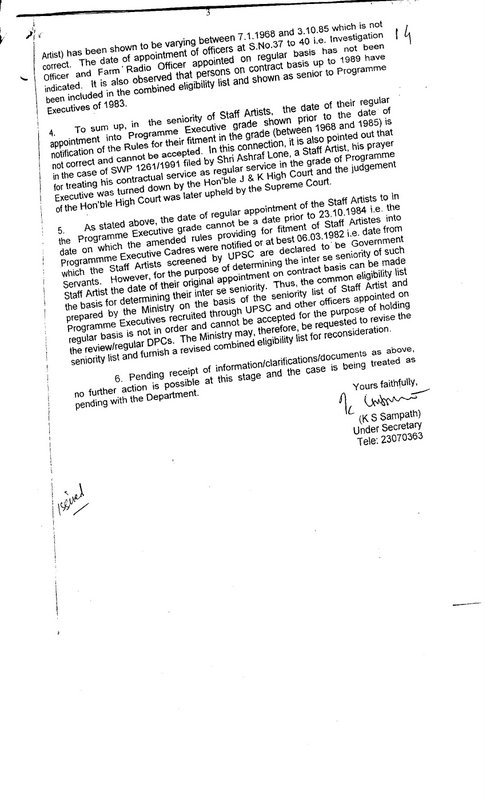 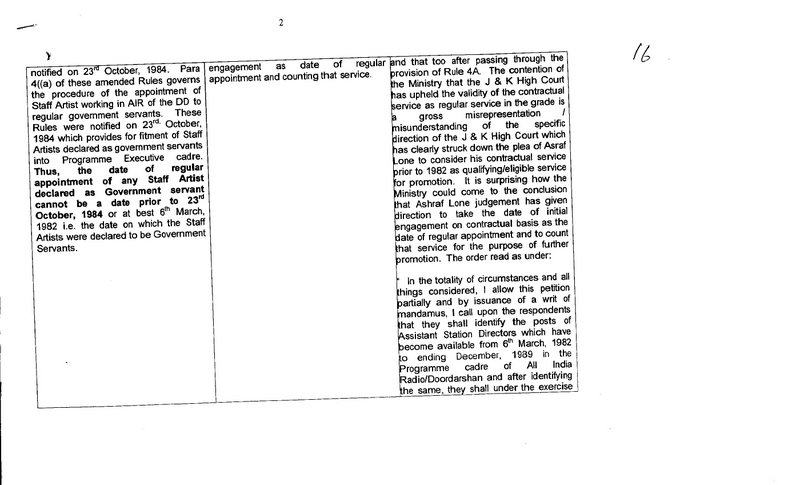 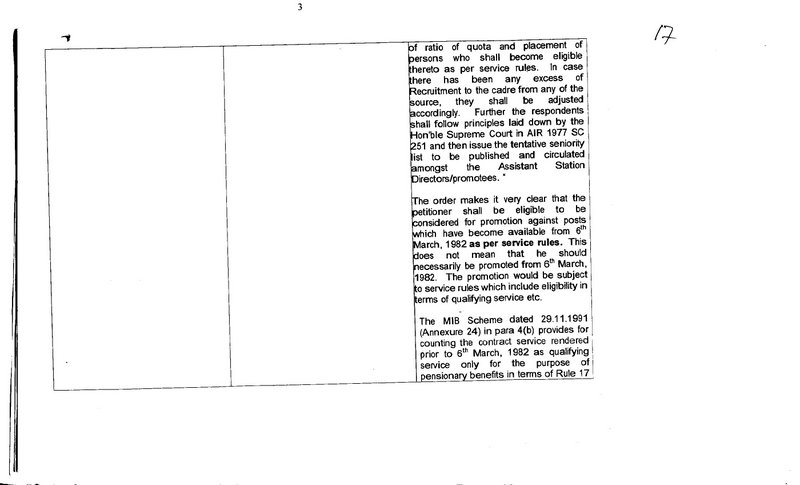 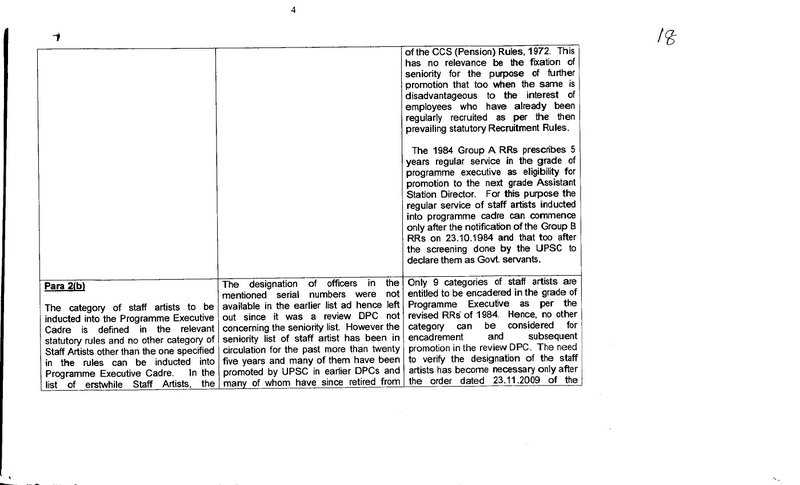 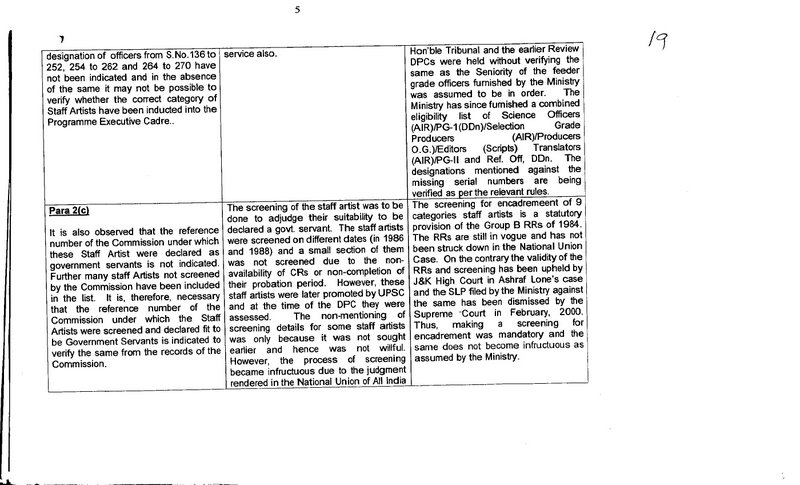 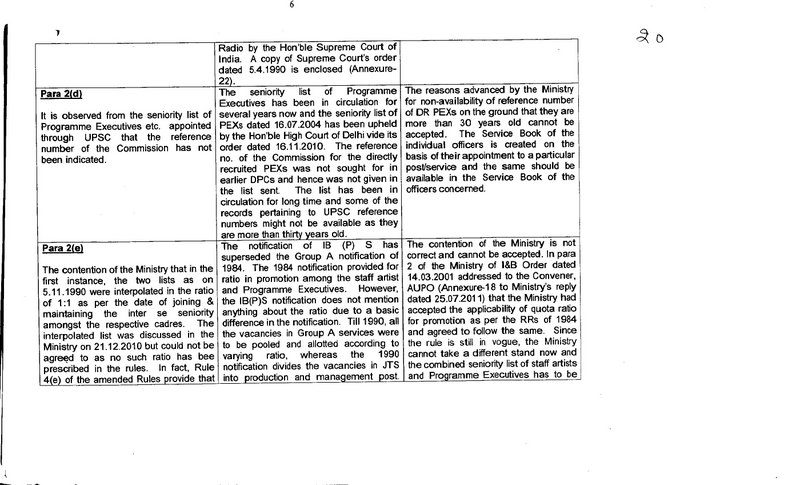 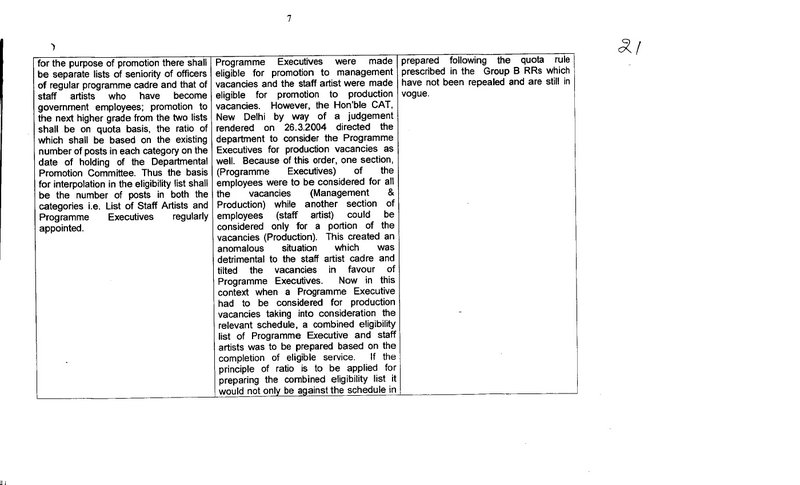 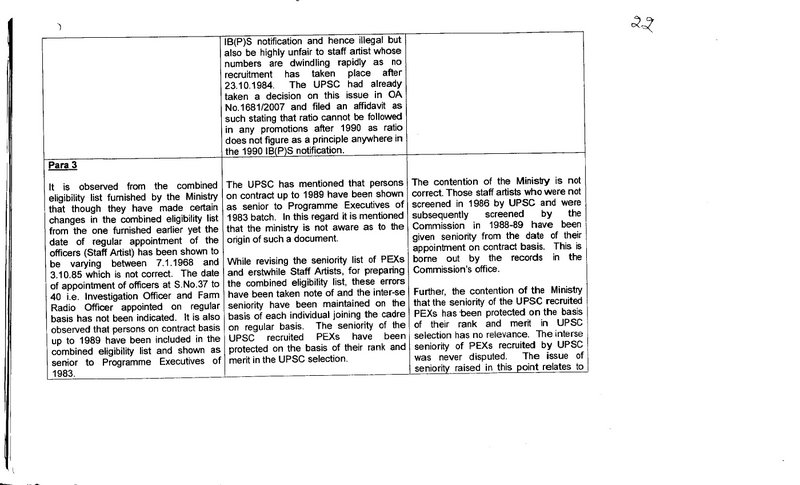 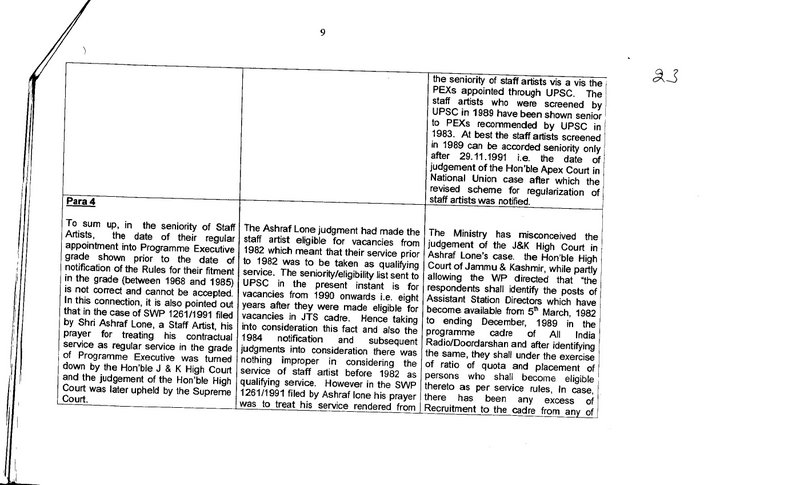 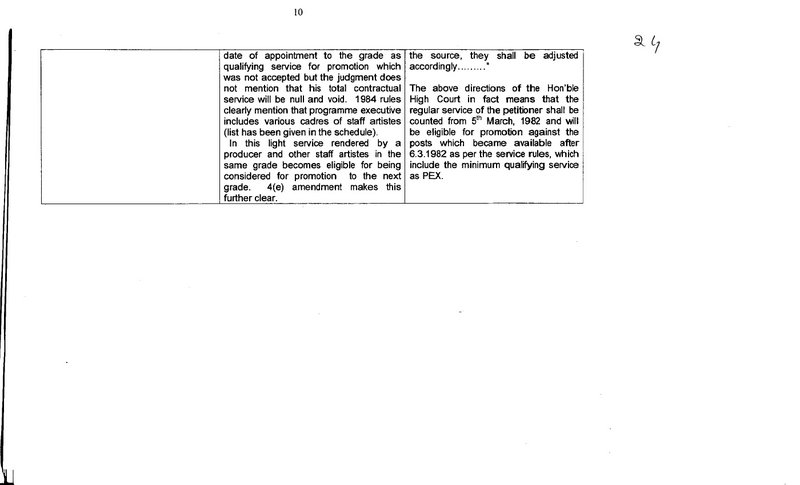 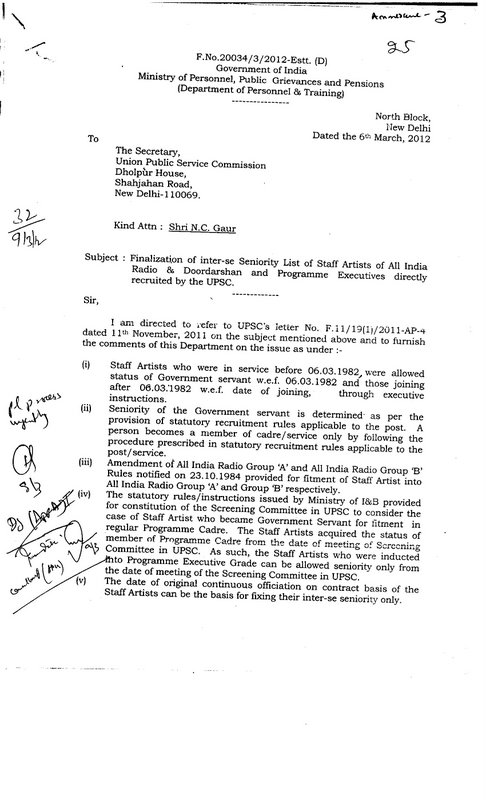 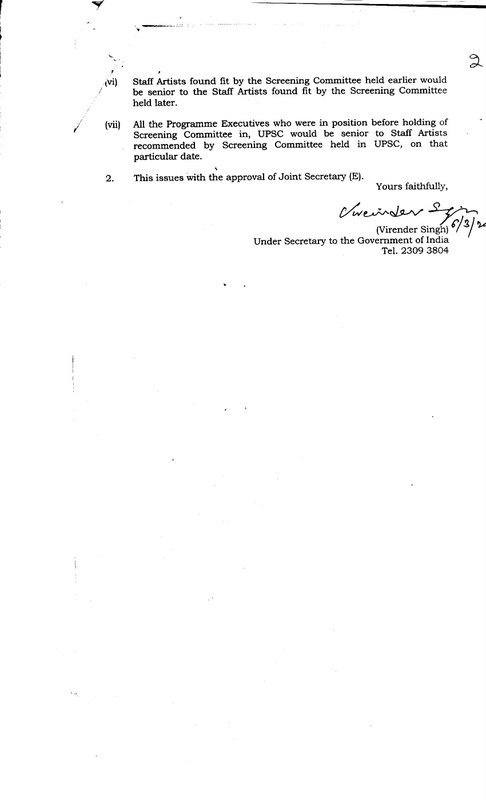